50 General food and drink quiz questions to test your knowledge PLUS 7 extra rounds making up a virtual 7-course (meal) quiz – perfect for a dinner party!

After that, we’ve essentially got a 7-course meal in quiz form! With 7 quiz rounds of ten questions each: as a palate cleanser we’ve got a guess the fruit picture quiz round, then a cocktail and champagne to start, followed by a wine and cheese quiz round.

For the main course, you can take your pick from our weird and unusual foods quiz, or go global and try to guess the answers to our world foods picture quiz.

And to round off your quiz (meal!) we’ve got a dessert and cake quiz round followed by a tea and coffee round to finish.

So whether you’re hosting your family and friends and party for a dinner party quiz, or want to use each of the quiz rounds as individual pub quizzes, spice up your quiz night and test your knowledge with the ultimate food and drinks quiz.

1. What are ‘Haricot Beans’ also known as?
Cannellini Beans or Navy Beans

2. What type of food would you find at a French ‘boulangerie‘?
Bread (and pastries, but to hold the title of Boulangerie in France, they must bake their own bread on premise and their primary function is as a bakery.)

4. What is the oldest chocolate bar in the world?
Fry’s Chocolate Cream Bar (from 1866!)

5. What is known as the ‘King of fruits’?
Durian

6. A ‘Beef Wellington’ is the signature dish of which Celebrity chef?
Gordon Ramsay

7. What is the name of the world’s hottest pepper – ranked by the Guinness Book of Records?
Carolina Reaper

8. What is the only food that can never go bad?
Honey

10. Of the following fast food restaurants, which is the oldest?
A. McDonald’s.
B. A&W.
C. White Castle.
D. KFC

11. What is the maximum number of Michelin Stars that can be awarded to a restaurant?
Three

12. In American Food trends, what is the most popular pizza toppings?
Pepperoni

14. What general name is given to Indian food cooked in a clay oven?
Tandoori

15. Crawley Beauty, Forge and First and Last are varieties of which fruit?
Apples

16. Which chocolate bar sells the most in the world?
Snickers

17. What type of fish is included in Worcestershire Sauce?
Anchovies

18. What is the national dish of Italy?
Ragu alla Bolognaise (not Spaghetti Bolognaise!)

19. Which country produces the most olive oil?
Spain

20. What is the Japanese name for raw fish?
Sashimi

RELATED: Test your Veggie knowledge with our Ultimate Vegetable Quiz

21. In Scotland, what is traditionally served with Haggis?
Neeps and Tatties

22. Which popular food did Thomas Jefferson introduce to the United States of America?
French Fries

23. What is the only fruit with its seeds on the outside?
Strawberries

24. What are the names of the cereal mascots of Rice Krispies?
Snap, Crackle and Pop

25. In Newark, New Jersey, what food is it illegal to sell after 6pm without a doctor’s note?
Ice Cream

1. What is added to Brandy to produce Cointreau?
Orange

2. What is Adam’s Ale commonly known as?
Water

3. What type of alcoholic drink is Tio Pepe?
Sherry

4. Black Velvet is a mixture of stout and which other alcoholic drink?
Champagne

5. What is added to grain whisky to produce Southern Comfort?
Peach

6. What is considered to be the world’s oldest alcoholic drink?
Mead

7. What are the three styles of port?
Ruby, Tawny and Vintage

8. What is the only US State where coffee beans are grown?
Hawaii

9. What is the Czech word for beer?
Pivo

10. Where is the Coors Brewing Company located?
Golden, Colorado

RELATED: Need more beer in your life? ‘Hopps’ on over to our Ultimate Beer Quiz

11. Hendricks, Roku and Plymouth and three of the best-selling brands of which spirit?
Gin

13. Which cereal grain is most commonly used in Beer?
Barley

14. What is added to a Martini to make it a dirty martini?
Olive brine

16. Who originally wrote and recorded the song ‘Red Red Wine’, made famous by UB40 in 1983?
Neil Diamond

17. ‘Kirche’ is a colourless brandy produced from which fruit?
Cherries

18. How much Champagne can be held in a Nebuchadnezzar?
15 Litres

19. What are the two ingredients in a dark and stormy cocktail?
Dark Rum and Ginger Beer

20. Which brand of bottled water is marketed with the slogan ‘Earth’s finest water‘?
Fuji

21. What does the acronym ‘CAMRA’ stand for?
Campaign for Real Ale

22. Which cocktail is traditionally made with cognac, orange liqueur and lemon juice?
Sidecar

23. What fruit provides the flavour for the liquor, Chambord?
Raspberries

24. If you are drinking the ‘Green Fairy’ – what are you drinking?
Absinthe

25. What beverage has the slogan ‘it gives you wings!‘?
Red Bull

Guess The Fruit Picture Round

The Guess The Fruit picture round is printable, in case you need them as pub quiz questions – just remember to chop the answers off the bottom if handing them out!

Ultimate Food and Drink Quiz: Cocktail or Champagne to Start

1. True or False: The whiskey sour with the egg whites is sometimes called a Boston Sour.
True.

2. What is the process of rotating the bottles of Champagne called?
A. Riddling.
B. Roiling.
C. Riding.
D. Rouletting.

3. Which classic cocktail, consisting of Angostura bitters, vermouth and bourbon was popularised by Marilyn Monroe in the movie “Cocktail”?
Manhattan.

4. Identify the cocktail that is made with vodka, triple sec, cranberry juice, and freshly squeezed lime juice and shares its name with an American monthly fashion and entertainment magazine for women.
A cosmopolitan (informally a cosmo).

5. “Champagne Supernova” is a 1996 popular song by which English rock band?
Oasis

6. What is the technique for opening a champagne bottle with a type of sword used in fencing called?
Sabrage.

7. A Grasshopper is a sweet, mint-flavoured, after-dinner drink. What ingredient gives it its distinctive green colour?
Crème de menthe.

8. The recipe of which popular cocktail is: ‘Three measures of Gordon’s; one of vodka; half a measure of Kina Lillet. Shake it over ice and add a thin slice of lemon peel?
James Bond’s “Vesper” martini.

9. In which French town in the Champagne wine region would you find the Moet & Chandon Champagne House?
Epernay

10. Pinot Noir, Pinot Meunier and which other grape variety are usually used to make Champagne?
Chardonnay

Food and Drink Quiz: The Wine & Cheese Round 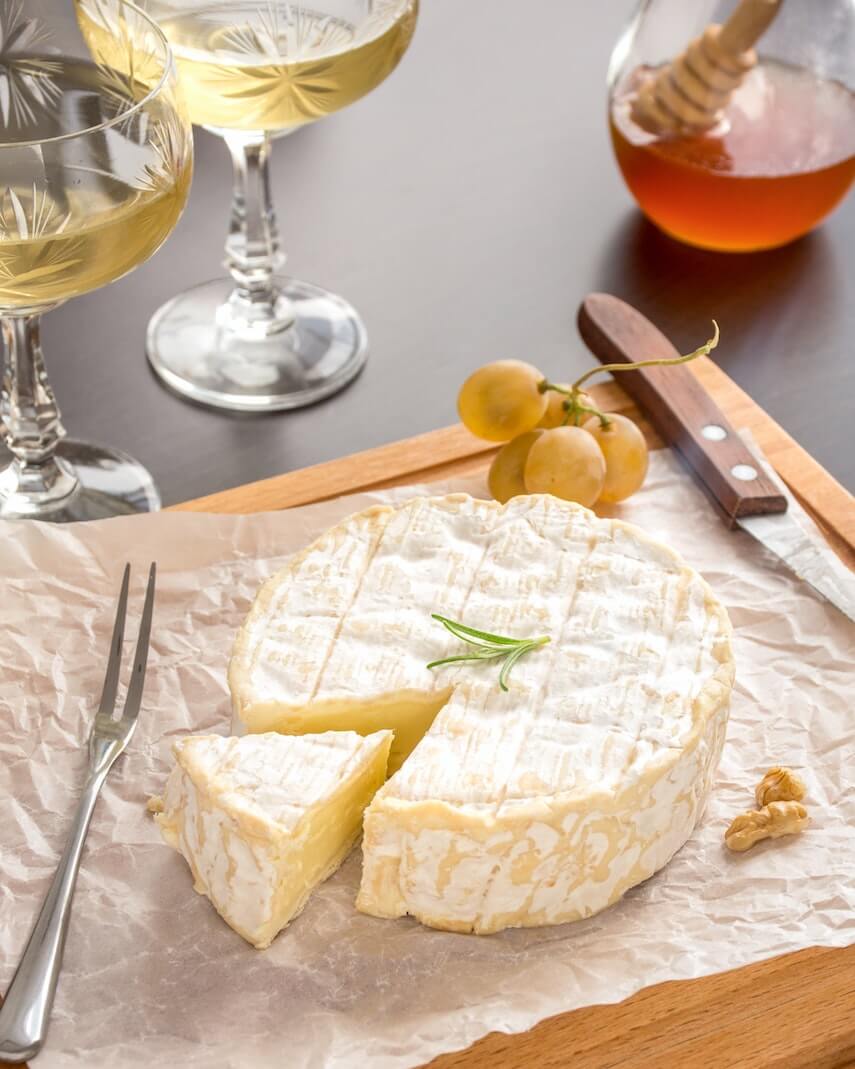 1. Cabernet Sauvignon is one of the world’s most widely recognized red wine grape varieties. What colour are the grapes?
Red.

2. Which wine varietal has an unknown heritage and is grown almost exclusively in California?
Zinfandel

4. What name is given to a person who sells cheese, butter, and other dairy products?
Cheesemonger

5. The largest bottle of wine in the world holds 30 litres – what is it’s name?
Melchizedek

6. Which country is the highest producer of cheese?
A. France.
B. Germany.
C. The USA.
D. Switzerland.

7. Apparently, some people have a “fear of wine”. What is the fear of wine called?
Oenophobia

8. Which well-known French cheese has the nickname “The Queen of Cheese”?
Brie Cheese.

10. One of the most popular cheeses worldwide, which sweet, creamy, yellow cow’s milk cheese originates from the Netherlands?
Gouda Cheese 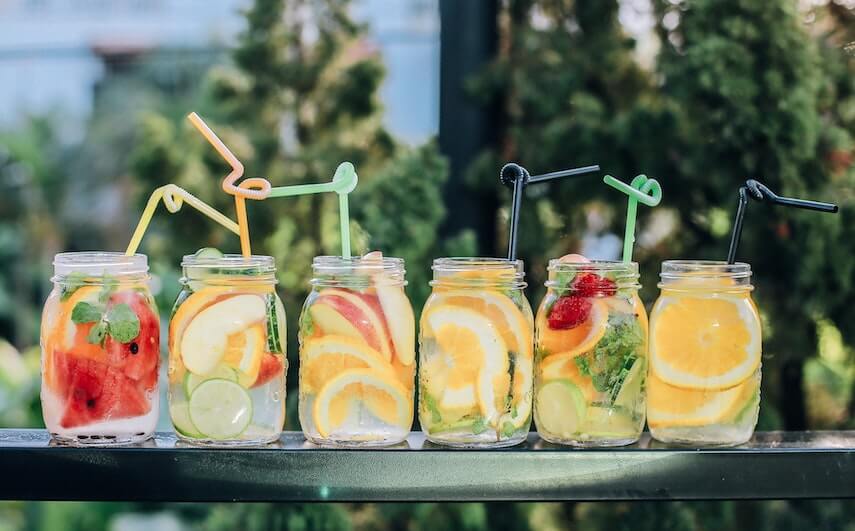 1. What is a Chinese gooseberry most commonly known as?
Kiwi Fruit

3. True or False: Ketchup was once used to cure diseases like the common cold and diarrhoea.
True

4. Which of the following foods can make you hallucinate?
A. Nutmeg.
B. Chillies.
C. Rye Bread.
D. All of the Above

5. What is the most stolen food in the world?
Cheese

6. A large number of which nut can spontaneously combust?
Pistachios

7. True or False – the stickers on fruit are edible.
True

8. In the middle ages, what everyday spice was such a luxury it was used to pay rent and taxes?
Black Pepper

9. What type of sandwich is the only sandwich to have gone to space?
A Corned Beef Sandwich (in 1965)

10. Some fast food trivia for you: How many shapes do McDonald’s Chicken Nuggets come in?
4 – (And they have names! The bell, the ball, the bone and the boot)

The world foods picture quiz is a printable – just remember to chop the answers off the bottom if handing them out!

Food and Drink Quiz: The Dessert & Cake Round

1. What is the name of a two-coloured oblong cake covered with almond paste?
Battenburg

2. Contrary to what many people believe, German Chocolate cake did not originate in Germany. Where does German chocolate cake originate from?
United States of America (USA).

3. Which meringue-based dessert is named after a famous Russian ballerina?
Pavlova named after Anna Pavlova.

4. Which coffee-flavoured Italian dessert takes its name from the Italian word for “pick me up” or “cheer me up”?
Tiramisu

5. What is the official state dessert of Texas?
Pecan pie. 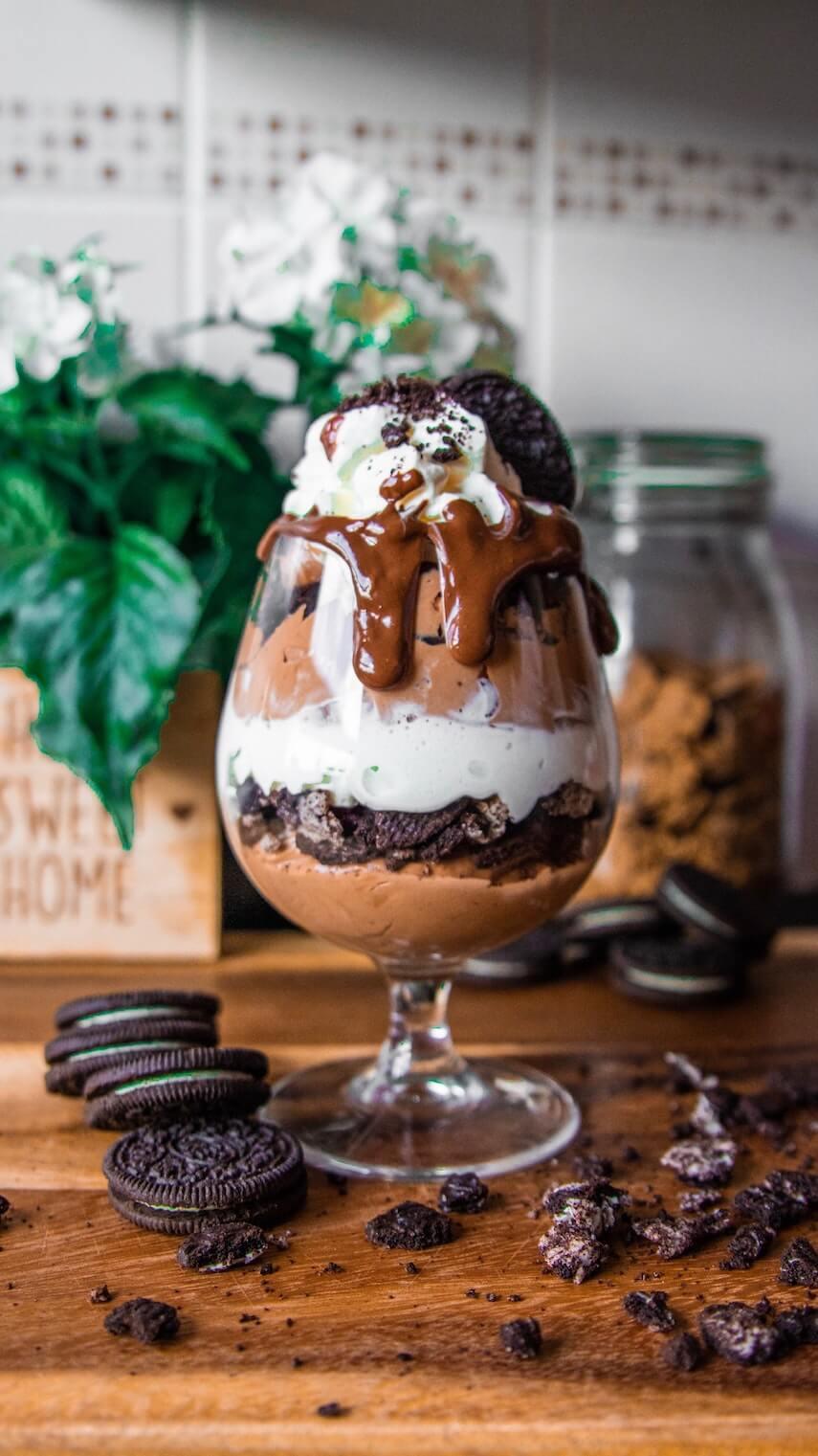 6. Which layered pastry dessert made of filo pastry, filled with chopped nuts, and sweetened with syrup or honey was one of the most popular sweet pastries of Ottoman cuisine?
Baklava

7. What type of frosting would you usually find on a red velvet cake (or red velvet cupcake)?
Cream Cheese

9. Treacle Tart is the favourite dessert of which fictional character?
Harry Potter.

10. Pasteis de Nata: Where in the world are these delicious dessert tarts originally from?
Portugal

Food and Drink Quiz: The Tea & Coffee Round

1. Tea leaves rolled into small round pellets are known as what?
Gunpowder Tea

3. Which country is the coffee plant native from?
Ethiopia.

4. Appearing commercially around 1904, what was successfully marketed in about 1908 by Thomas Sullivan, a tea and coffee importer from New York?
The Teabag.

7. Which country drinks the most coffee per capita?
Finland

8. Where is the International Coffee organization located?
London.

9. “A Nice Cup of Tea” is an essay by an English author first published in the London Evening Standard on 12 January 1946. It is a discussion of the craft of making a cup of tea. Who wrote it?
George Orwell

10. During the reign of the Ottoman Empire, in which city was the first coffeehouse opened in 1555?
Istanbul

We hope you loved our fun food trivia questions and there was a good mix of easy, difficult and multiple choice questions for your home or pub quiz – or simply to test your own food and drink knowledge.
And as with all our quizzes, if you liked it, we would love it if you shared it with your friends or on social media! 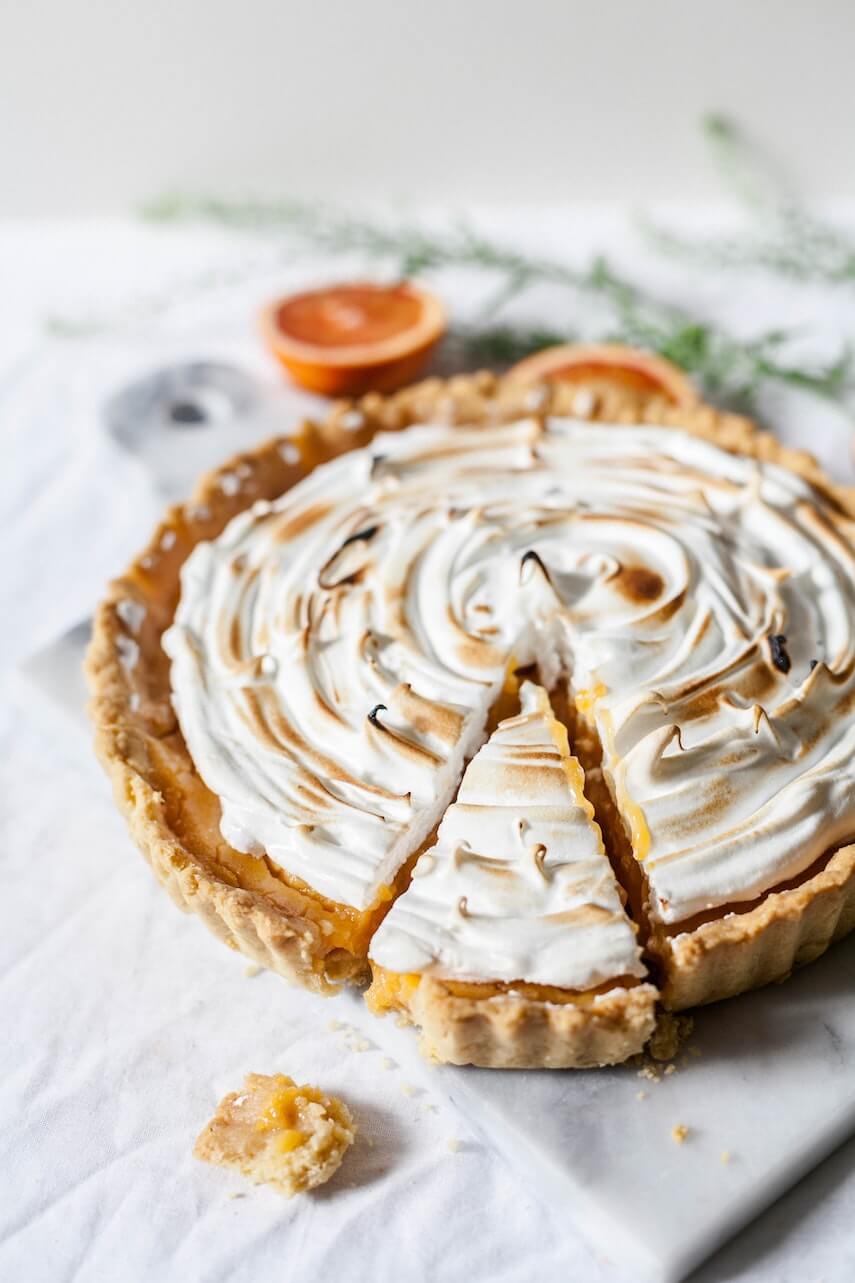 Top Trivia Questions
We use cookies on our website to give you the most relevant experience by remembering your preferences and repeat visits. By clicking “Accept All”, you consent to the use of ALL the cookies. However, you may visit "Cookie Settings" to provide a controlled consent.
Cookie SettingsAccept All
Manage consent

This website uses cookies to improve your experience while you navigate through the website. Out of these, the cookies that are categorized as necessary are stored on your browser as they are essential for the working of basic functionalities of the website. We also use third-party cookies that help us analyze and understand how you use this website. These cookies will be stored in your browser only with your consent. You also have the option to opt-out of these cookies. But opting out of some of these cookies may affect your browsing experience.
Necessary Always Enabled
Necessary cookies are absolutely essential for the website to function properly. These cookies ensure basic functionalities and security features of the website, anonymously.
Functional
Functional cookies help to perform certain functionalities like sharing the content of the website on social media platforms, collect feedbacks, and other third-party features.
Performance
Performance cookies are used to understand and analyze the key performance indexes of the website which helps in delivering a better user experience for the visitors.
Analytics
Analytical cookies are used to understand how visitors interact with the website. These cookies help provide information on metrics the number of visitors, bounce rate, traffic source, etc.
Advertisement
Advertisement cookies are used to provide visitors with relevant ads and marketing campaigns. These cookies track visitors across websites and collect information to provide customized ads.
Others
Other uncategorized cookies are those that are being analyzed and have not been classified into a category as yet.
SAVE & ACCEPT